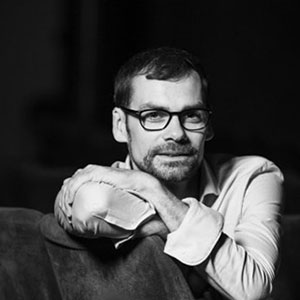 Bruno Bouché enrolled in the School of Dance at the Opéra National de Paris in 1989 and joined the Corps de Ballet in October 1996. He founded Incidence Chorégraphique in 1999, a group of performers with whom he created Ce qui reste, Lila, Vivre Avec, and Ce sont des choses qui arrivent amongst others. In 2014, he collaborated on the film Les Bosquets by performing artist JR. In 2015, he created Ce(ux) qui rend(ent) les gens heureux for the Leipziger Ballett and fine-tuned the choreography for Monsieur de Pourceaugnac, directed by Clément Hervieux Léger with William Christie and the Foundation Les Arts Florissants (Caen Theatre and Les Bouffes du Nord). In addition, he created SOI-Ătman, Music for Pieces of Wood, Yourodivy, Amores 4e mvt., Dance Music 3-2-1, Ça manque d’amour, C4 and Cet obscur palais du désir for the Opéra National de Paris. In May 2018, he staged Bless-ainsi soit-IL in the program Dancing Bach at the 21st century. In the program Spectres of Europe, he creates Fireflies for the entire company in October 2018. 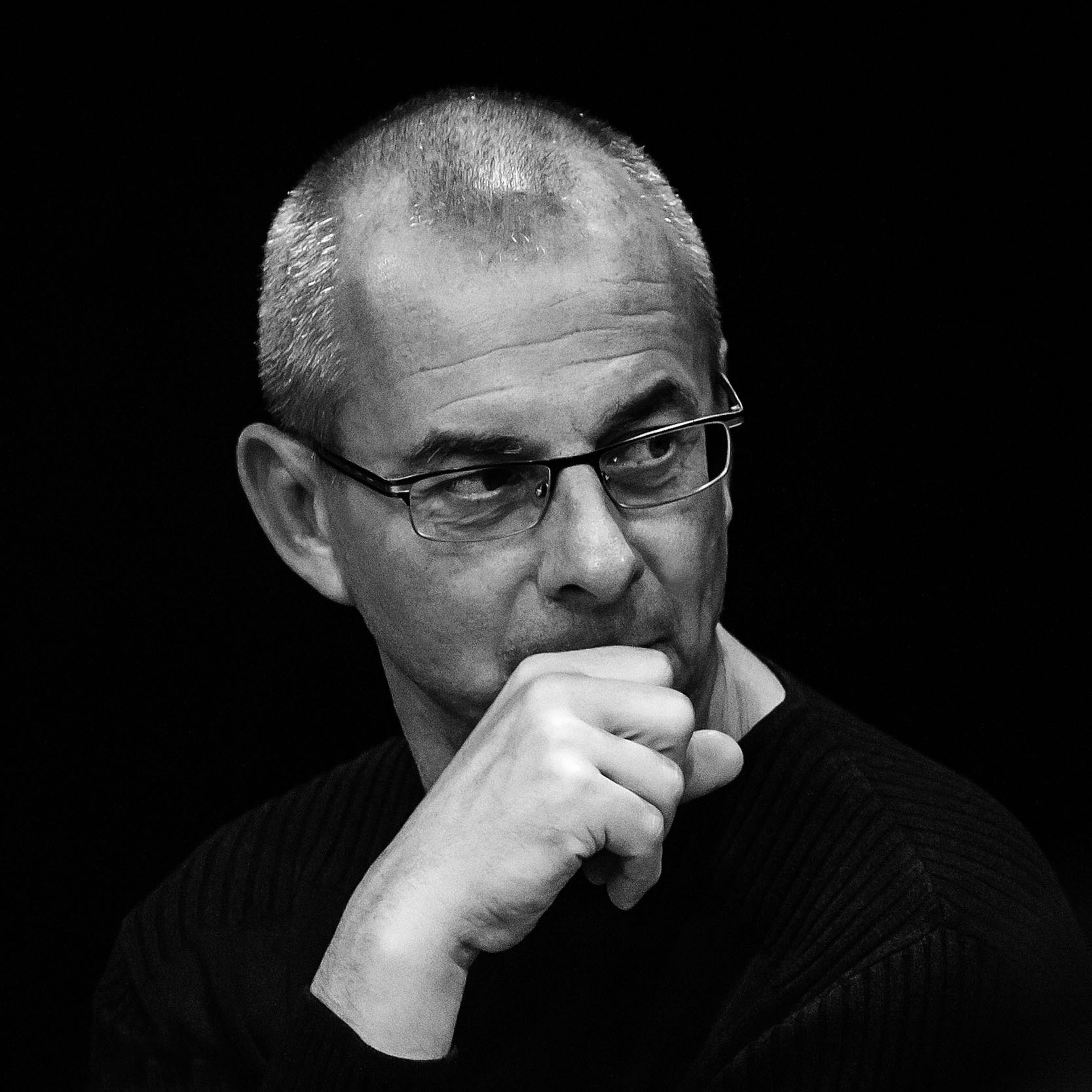 Thierry Malandain began his dance career with the Ballet du Rhin. He then joined the Ballet Théâtre Français in Nancy where he stayed until 1986. This is where he gained his first experience as a choreographer. In 1986, he left the Nancy Ballet Théâtre Français and founded the Temps Présent company in Elancourt. Ballets such as L’Homme aux semelles de vent, Edgar Allan Poe and especially Folksongs brought him recognition as a young up-and-coming talent. In 1991, he choreographed Pulcinella on stage at the Maison de la Culture in Saint-Etienne. The director was in the midst of guiding the institution towards its new role of Opera-Theatre. He proposed hosting the Temps Présent company in residence in Saint-Etienne. During this time the choreographer created several of his most well-known ballets such as La Fleur de pierre, L’Après-midi d’un faune, Casse Noisette, etc. In 1997, the French Ministry of Culture and Communication and the city of Biarritz gave him the opportunity to start the 19th French CCN (National Choreographic Centre). The Centre Chorégraphique National and Ballet Biarritz were created in September 1998. In 2003, Ballet Biarritz took a major step. For the very first time, the troupe officially performed in Paris (Théâtre National de Chaillot), as well as Moscow. It was at this point that the CCN became one of the centre’s ensuring the greatest number of annual performances with a substantial international presence. Many of Thierry Malandain’s 80 ballet works are part of the repertoire of other major companies, from Caracas to Hong Kong, as well as West Palm Beach, Riga, Tunis, Karlsruhe and even at the Sadamatsu Hamada Ballet. In France, at the Opéra National du Rhin Ballet, Ballet National de Marseille, Opéra National de Bordeaux Ballet, etc. In 2004, he became the Artistic Director for Le Temps d'Aimer dance festival organised by the city of Biarritz. He gave up this position in 2005 before permanently returning to it in 2008. In August 2009, Thierry Malandain was promoted to the rank of Officer of Arts and Literature (Ordre des Arts et des Lettres). The company was then renamed “Malandain Ballet Biarritz” beginning a new era for the choreographer. In 2013, he created the Ballet Cendrillon (Cinderella) which was unanimously acclaimed by both the press and audiences. He was awarded the "Best Choreographer Prize" for this creation at the Taglioni European Ballet Awards by the Malakhov Foundation in Berlin. The Malandain Ballet Biarritz company was awarded the "Best Company Prize" by the Association Professionnelle de la Critique de Théâtre, de Musique et de Danse (Theatre, Music and Dance Critique Association) in 2017 after Parisian performances of his ballet Noé (Noah) at the Chaillot-Théâtre National de la Danse. 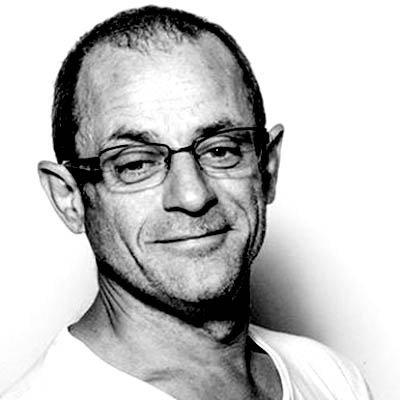 After graduating from the School of Dance at the Opéra National de Paris, Eric Quilleré was hired in 1984 by the Paris Opera’s Corps de Ballet. After being discovered by Maurice Béjart, he was invited to Vienna to dance with the Ballet of the 20th Century in Wien Wien. Promoted to Principal Dancer in 1991 by Patrick Dupont who was Dance Director at the Opéra National de Paris, Eric Quilleré danced the classical repertoire and choreographed the pas de deux for the Grape Harvesters in Giselle by P. Bart and E. Polikov. Eric Quilleré also danced in neoclassical ballets such as Agon, Apollon, Capriccio and Le Fils prodigue by G. Balanchine. He danced as well in contemporary ballets including Point In Space and Un Jour ou deux with Merce Cunningham, Sinfonietta with Jirí Kylián. He danced in Le Sacre du printemps by Pina Bausch during its creation at the Opéra National de Paris. Eric Quilleré was then hired as Primo Ballerino at the Nancy Ballet. In 1995, Eric Quilleré divided his time between the Opéra National de Paris and the Miami City Ballet where he danced most of Balanchine’s ballets. While continuing his career as a dancer, he began putting together ballets for the Miami City Ballet such as Swan Lake, Coppélia, Giselle and Paquita. In 2001, M.C. Pietragalla invited him to choreograph his version of Giselle at the Ballet National de Marseille. In 2002, he was appointed as Artistic Consultant for the MCB School in Miami where he taught and organised summer workshops with major directors of ballet schools. In 2003, Charles Jude asked him to join the Ballet National de Bordeaux as Ballet Master. He collaborated on Charles Jude’s creations. Eric Quilleré teaches on a regular basis and has been invited by the Israel Ballet (Tel Aviv, Israel) and the Ballet de Florence (Florence, Italy) among others. Following Marc Minkowski’s proposal, he was appointed Director of Dance of the Opéra National de Bordeaux on 15th December 2017.